Thai National Day and His Majesty’s Birthday, a graceful occasion 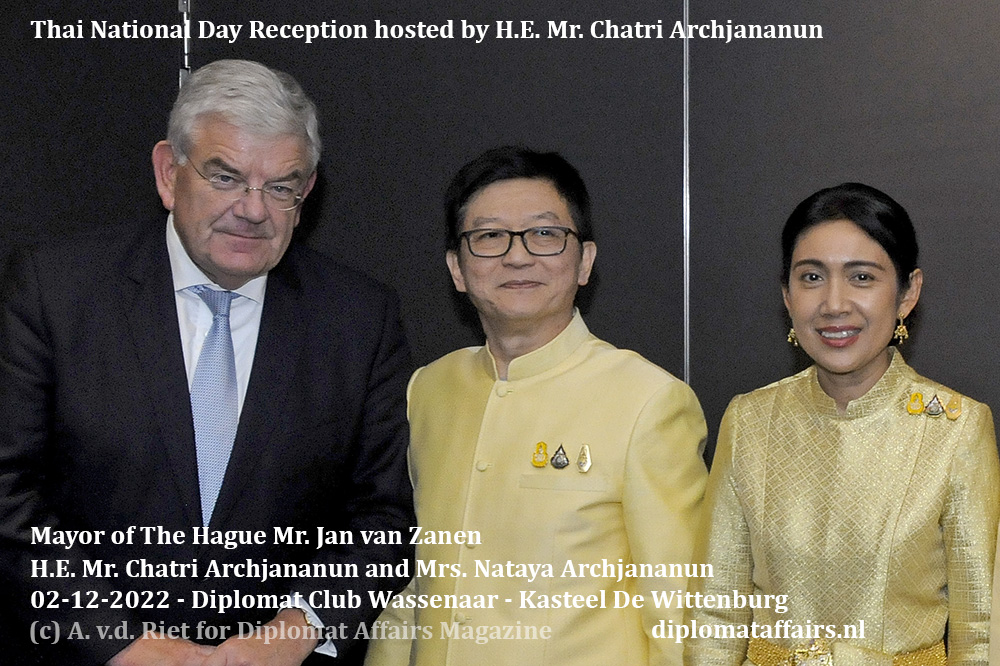 The ballroom of Kasteel De Wittenburg, seat of Diplomat Club Wassenaar, was transformed into an exquisite oasis of yellow and white flowers in honour of the National Day of Thailand, and the Birthday Anniversary of His Majesty King Bhumibol Adulyadej The Great, regarded as “the Father of the Nation”.

The delighted guests were greeted by H.E. Mr. Chatri Archjananun, Ambassador of Thailand to the Netherlands and his spouse Mrs. Nataya Archjananun, splendid in Royal yellow, before His Excellency’s addressed the assembly.

His Excellency, Ambassador Archjananun, started by stating that “The Kingdom of Thailand and the Kingdom of the Netherlands have a long span of cordial diplomatic relations since the early 17th century when the first Siam envoy was sent to the Netherlands. It is founded on strong bonds between the two Royal Families till today”. He went on to name a few of the many things the two countries have in common such as a constitutional monarchy, their role as major food exporters, maritime connectivity and more.

This year for example, Thailand participated in the Dutch Floriade Expo and political consultations were held in person to advance cooperation. 2023 will also see the Dutch Water Mission visiting Thailand to cooperate in the area of water resource management. His Excellency added: ´ We (also) welcome the Netherlands’ accession to the Treaty of Amity and Cooperation in Southeast Asia (TAC) in August this year. This demonstrates the Netherlands’ commitment in forging common principles of regional peace and stability”. Before adding: “This year marks a special year for Thai’s regional diplomacy as Thailand successfully hosted the Asia-Pacific Economic Cooperation or APEC Summit last month. Amidst the geopolitical tension and divergences among member economies, the APEC Ministers, and Leaders at the end, came to adopt not one, but three outcome documents by consensus, including the Bangkok Goals on Bio-Circular-Green (BCG) Economy Model, the first APEC roadmap on sustainability. With development cooperation, Thailand strives to achieve net zero emissions by 2050 and will be ready to work together with other countries for tomorrow.”

His Excellency, Ambassador Archjananun, finished off by inviting the guests, among them His Excellency, the Mayor of the Hague, Mr Jan van Zanen, to join him in a toast to the good health and happiness of His Majesty King Maha Vajiralongkorn Phra Vajiraklaochaoyuhua of Thailand and His Majesty King Willem-Alexander of the Netherlands.

Guests were then offered a mouth-watering buffet of Thai delicacies, enticing subtle aromas tantalizing all our senses, set out on tables superbly decorated with a myriad of flowers and intricately carved exotic fruit. So let alone was this a festival for our senses of smell and taste but sight and ears were not forgotten either as we took in the beautiful elegance of the Thai dancers, superb from the tops of their golden tiaras to the tips of their slender fingers and the ends of their dainty toes, to the sound of Thai music performed live.

There was also a stand featuring local food and the enchanted guests also got to take a goodie bag home, overflowing with wonderful Thai produce. 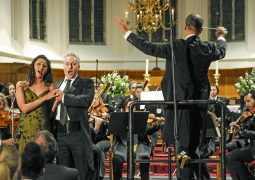 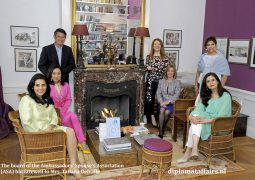