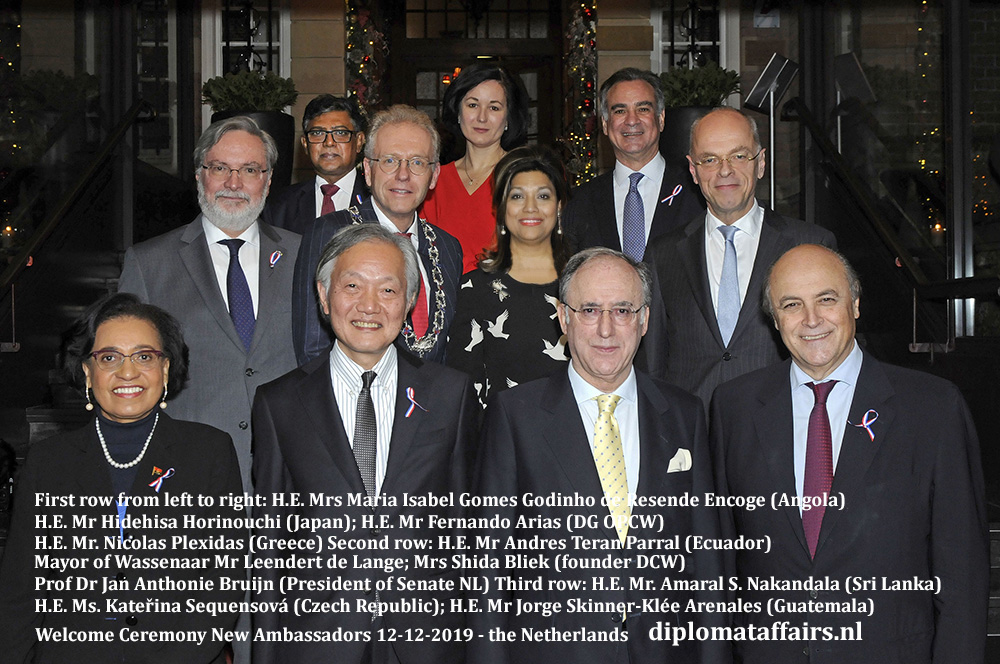 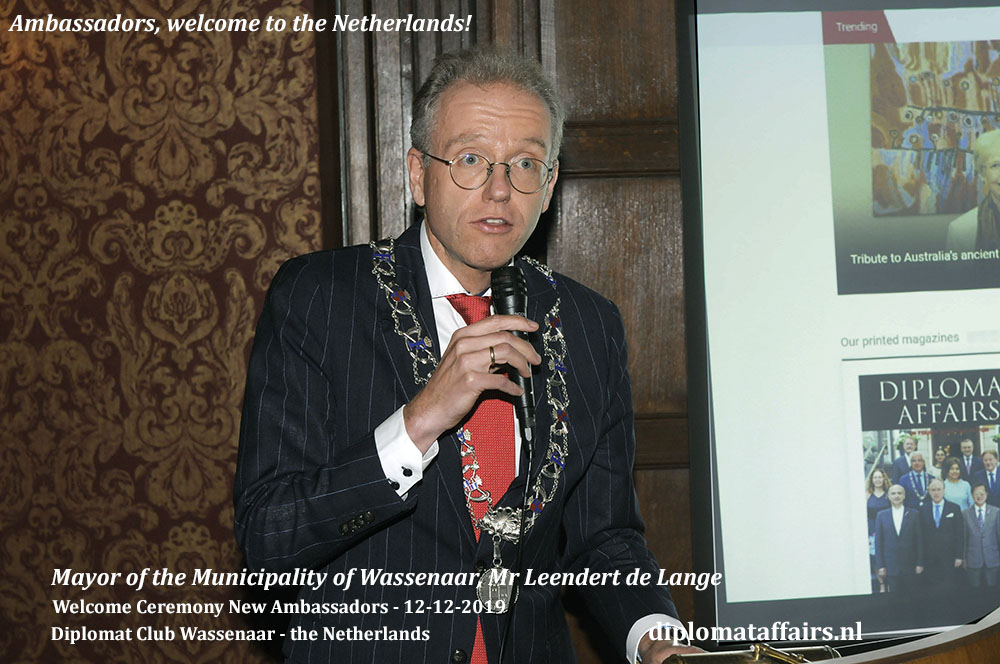 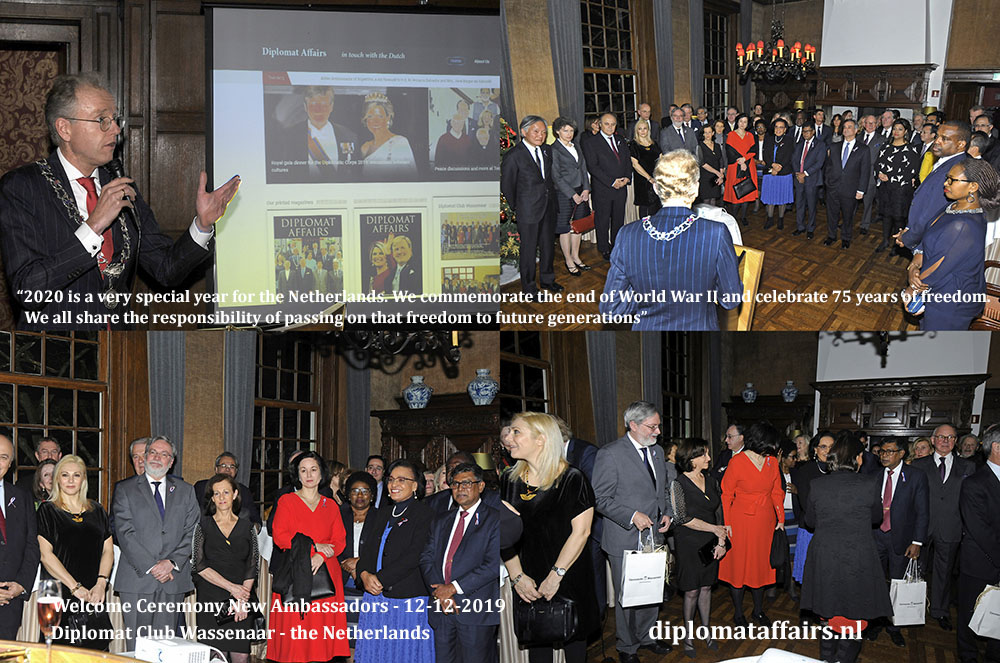 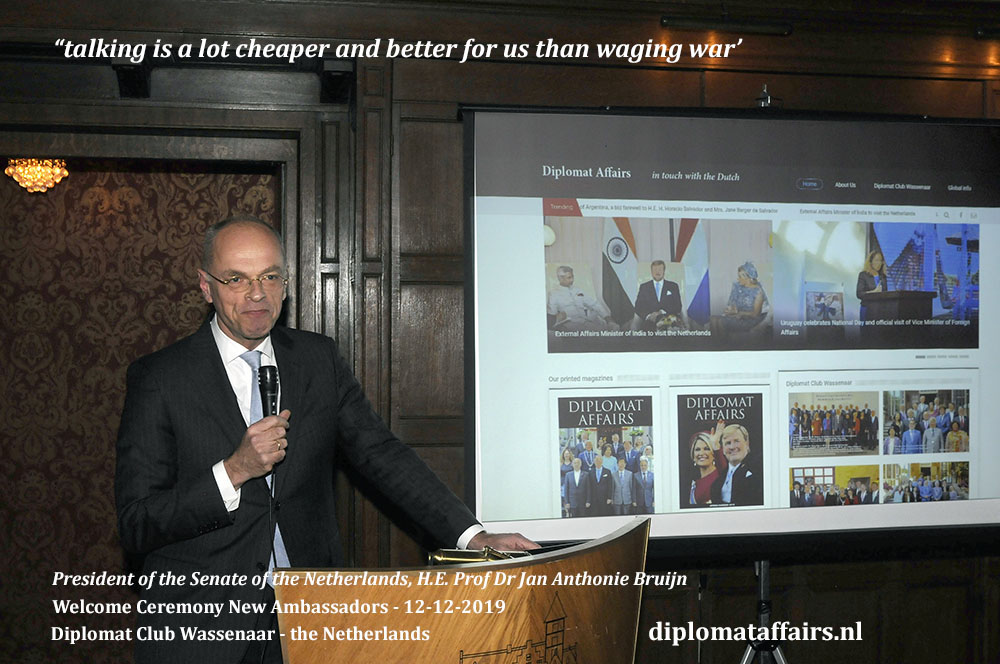 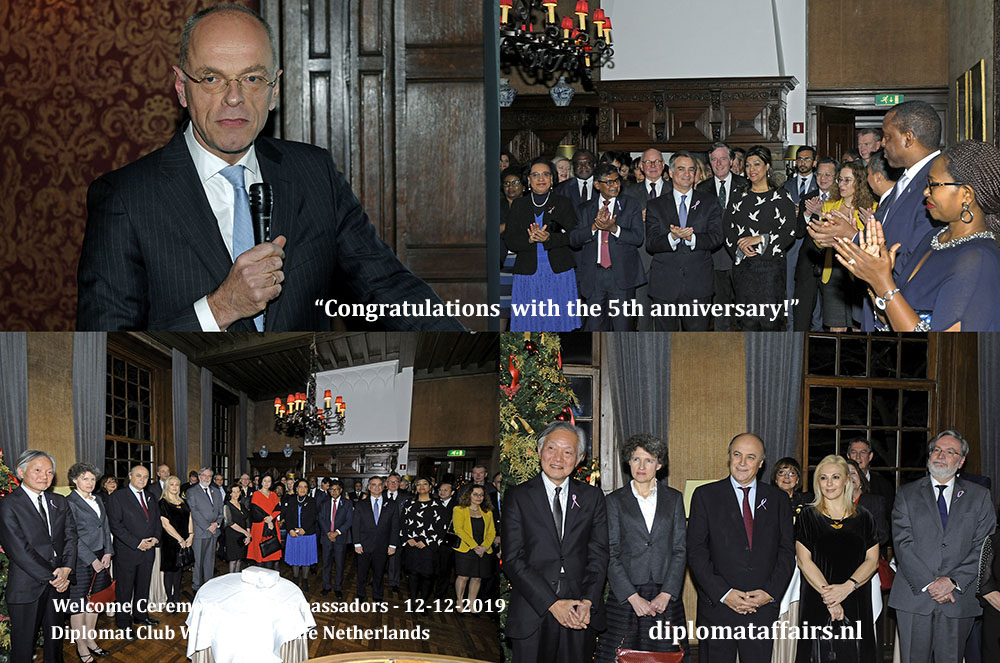 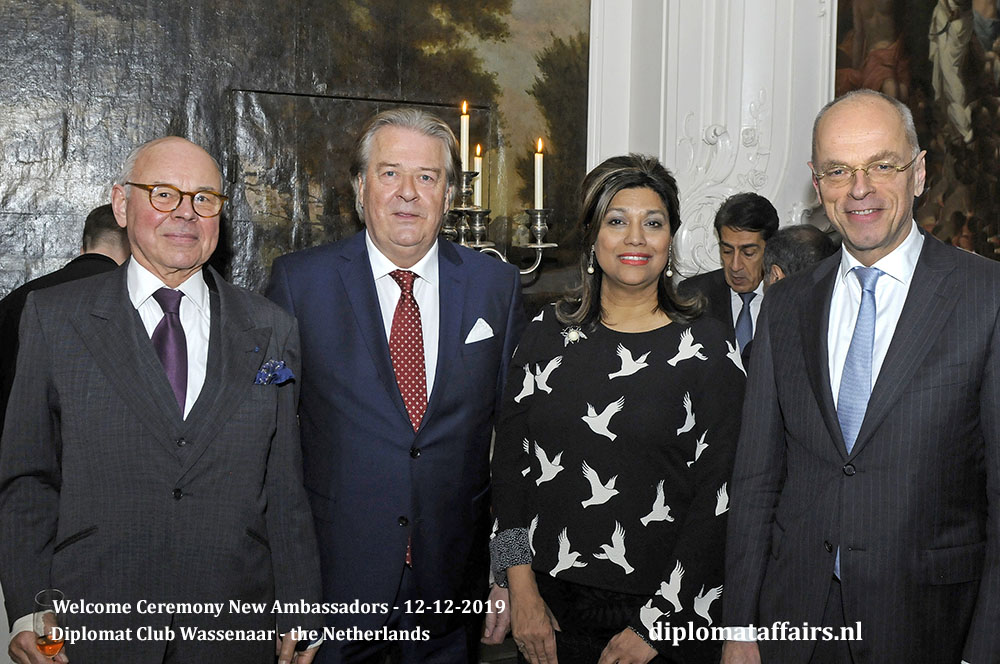 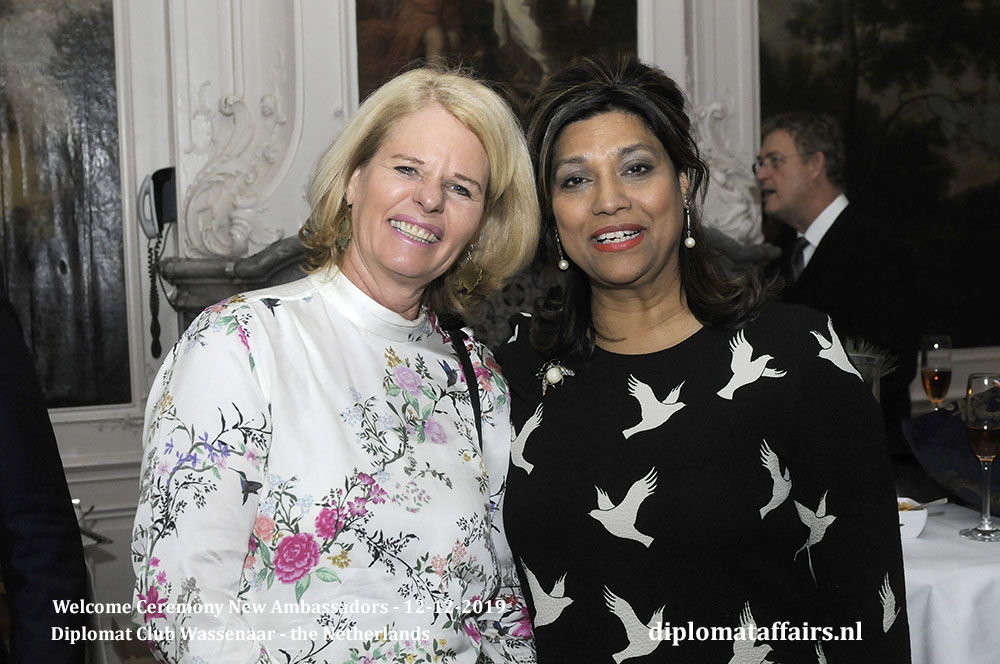 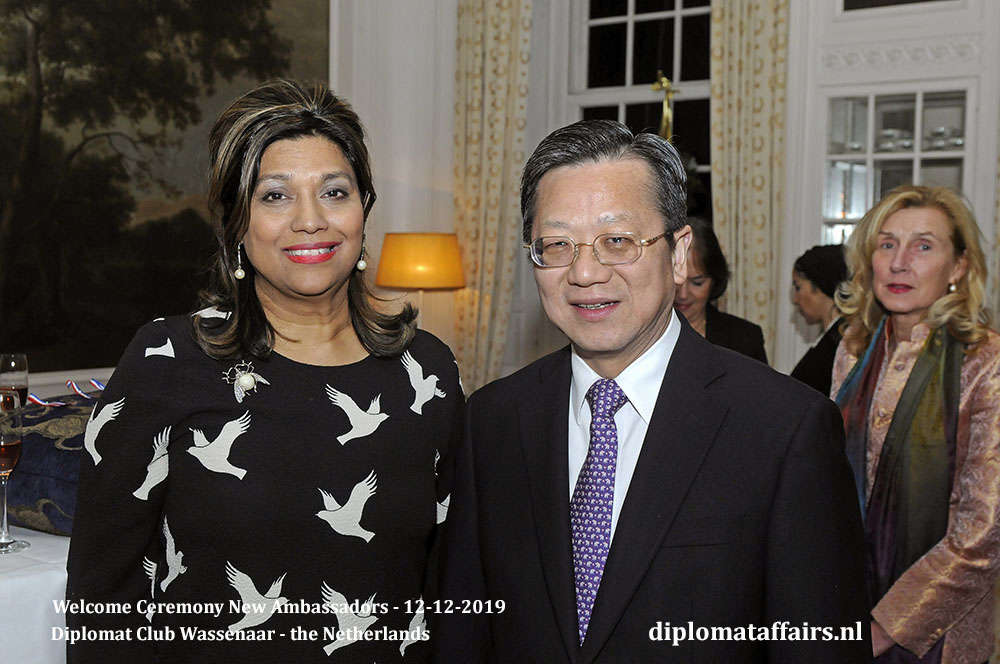 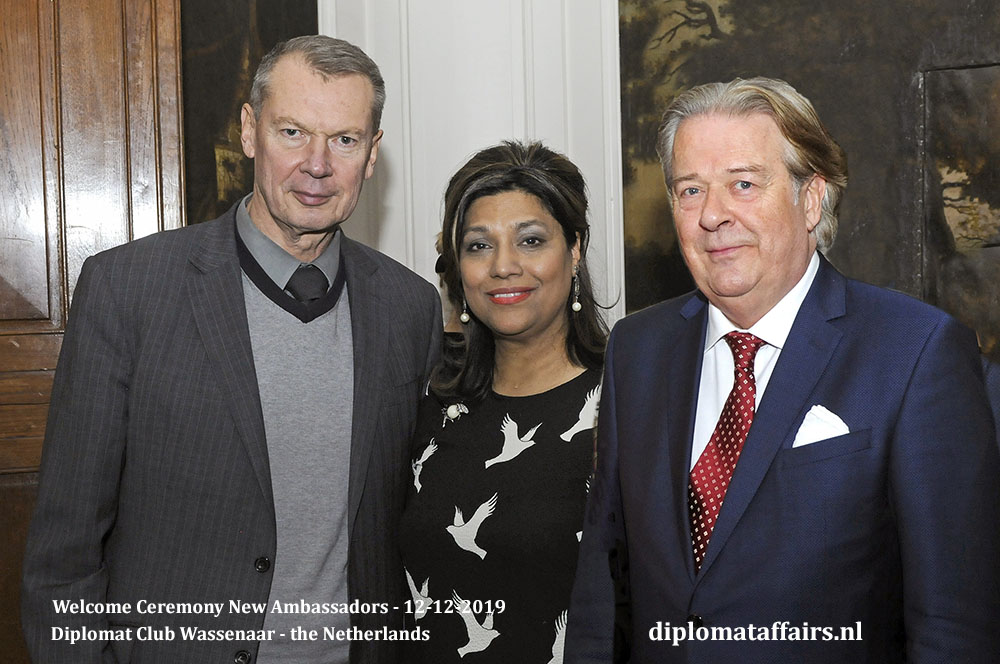 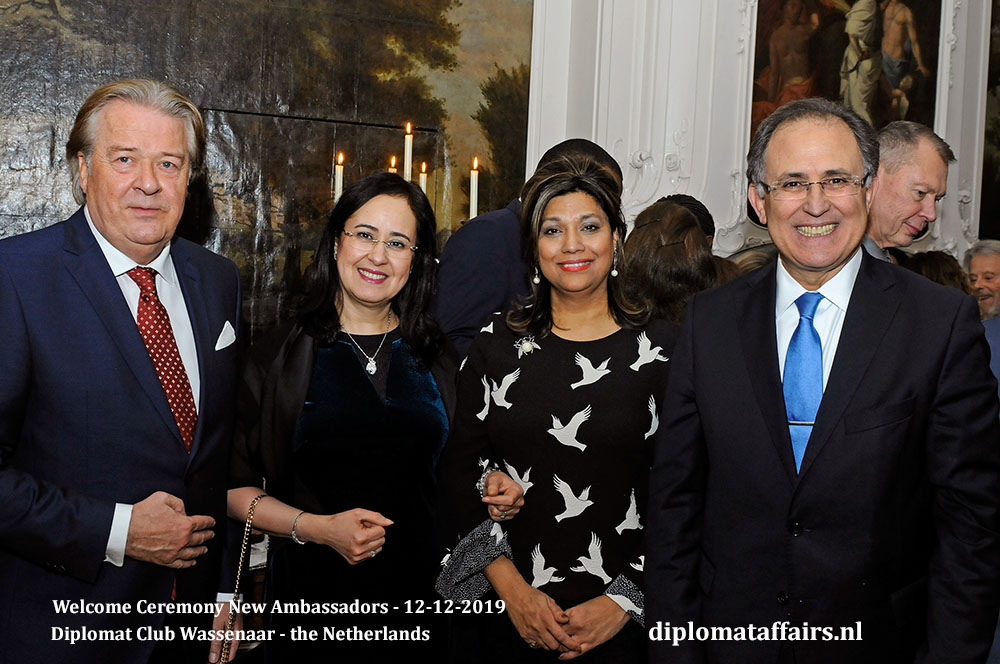 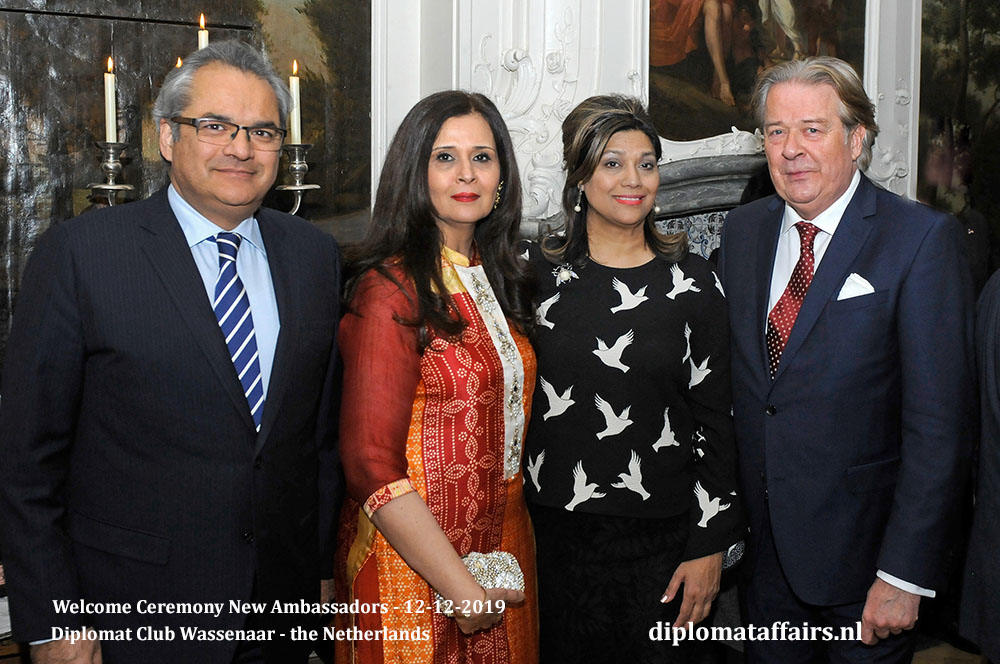 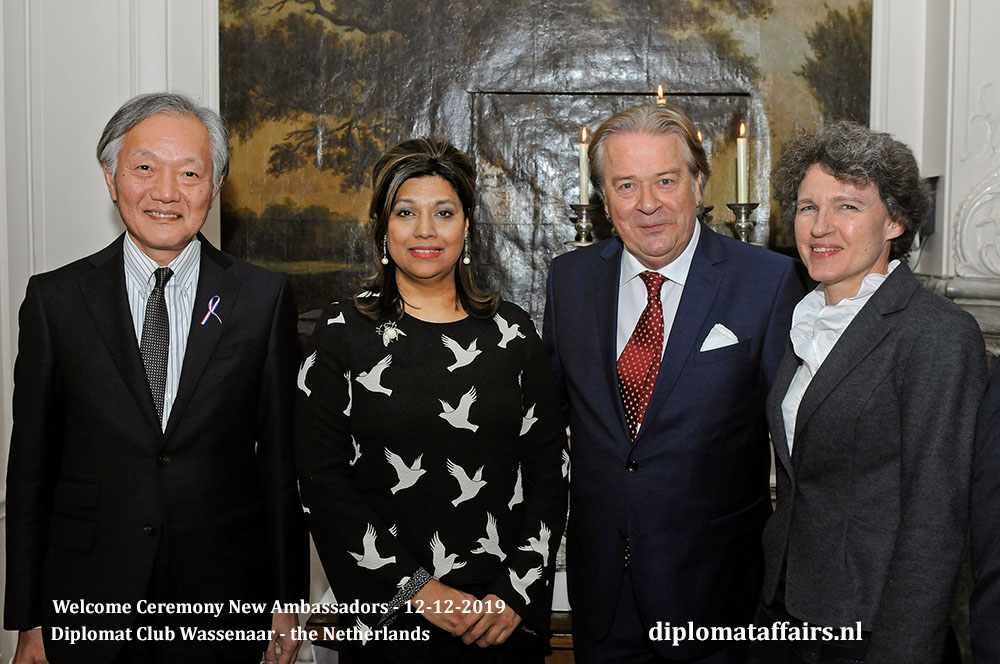 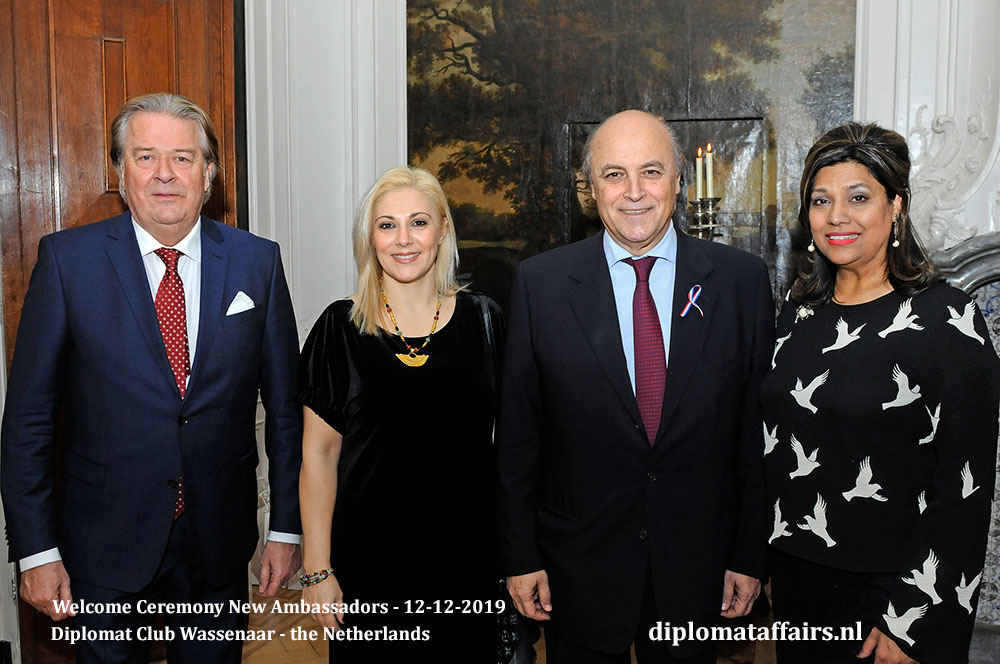 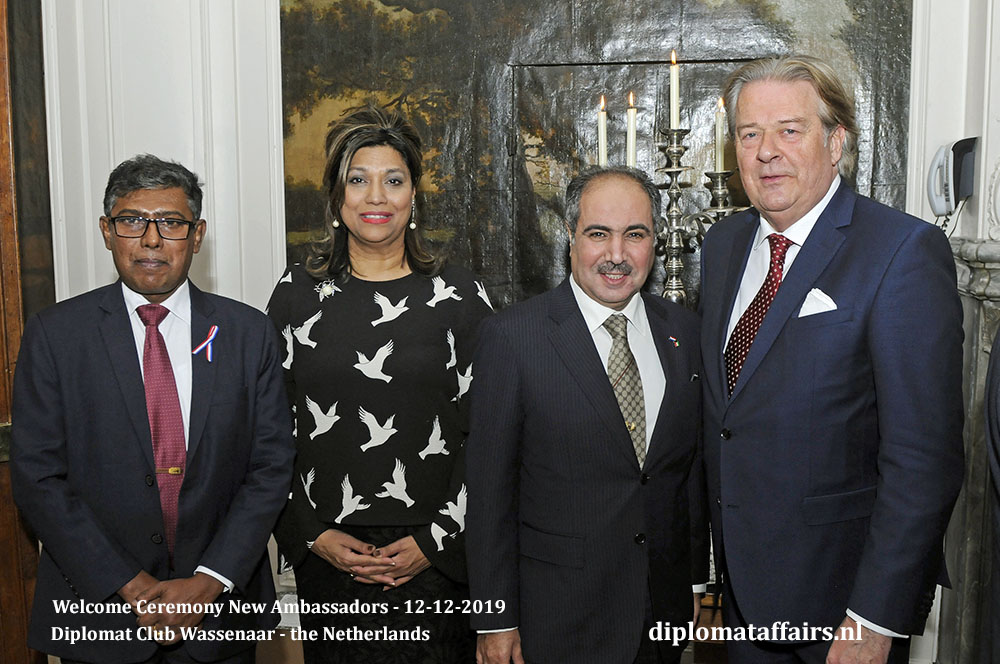 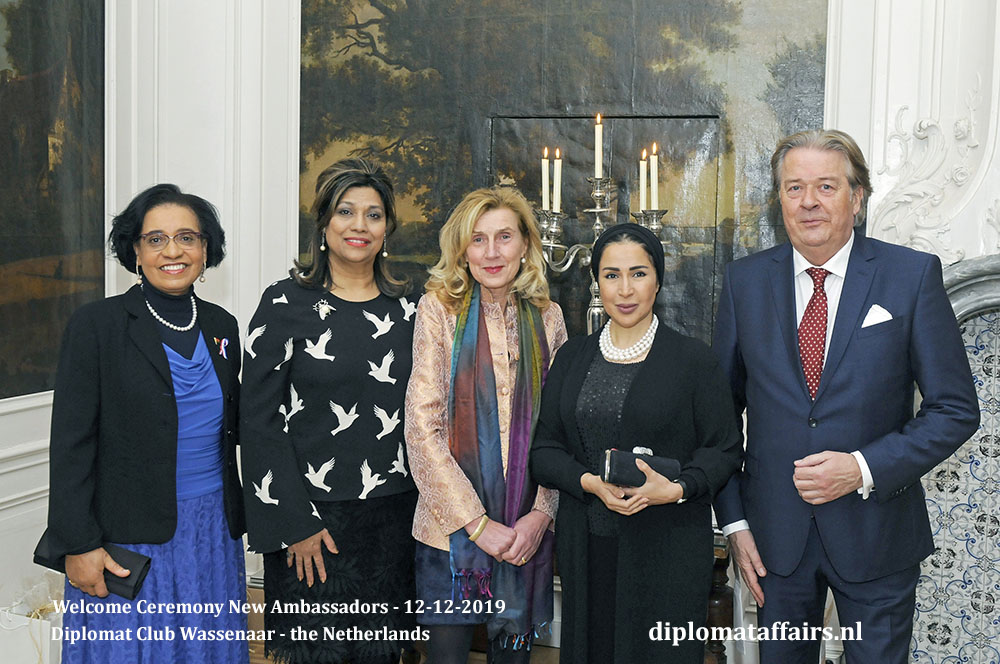 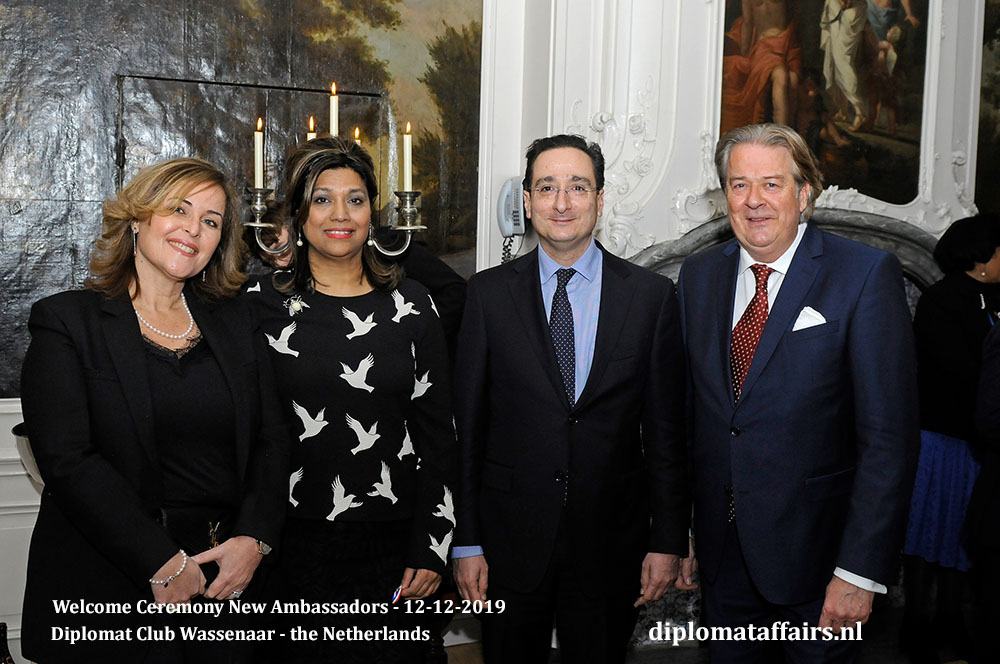 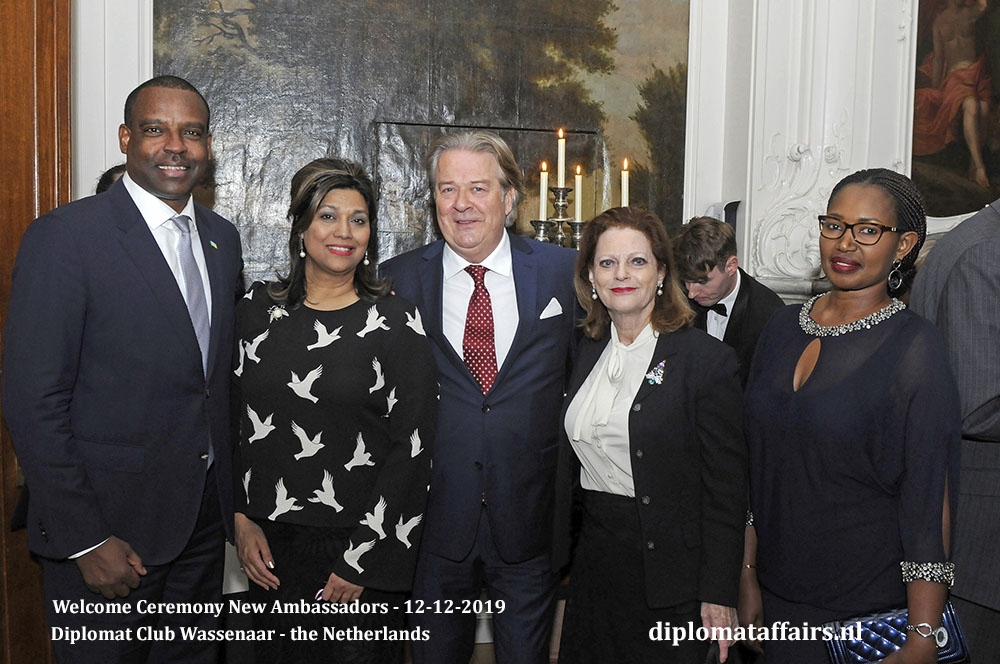 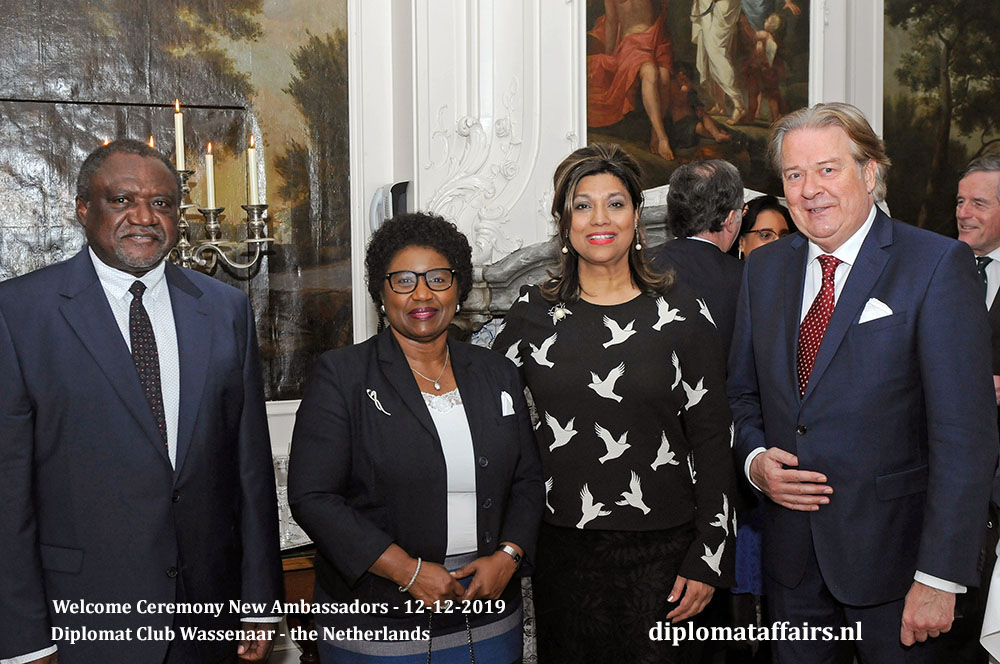 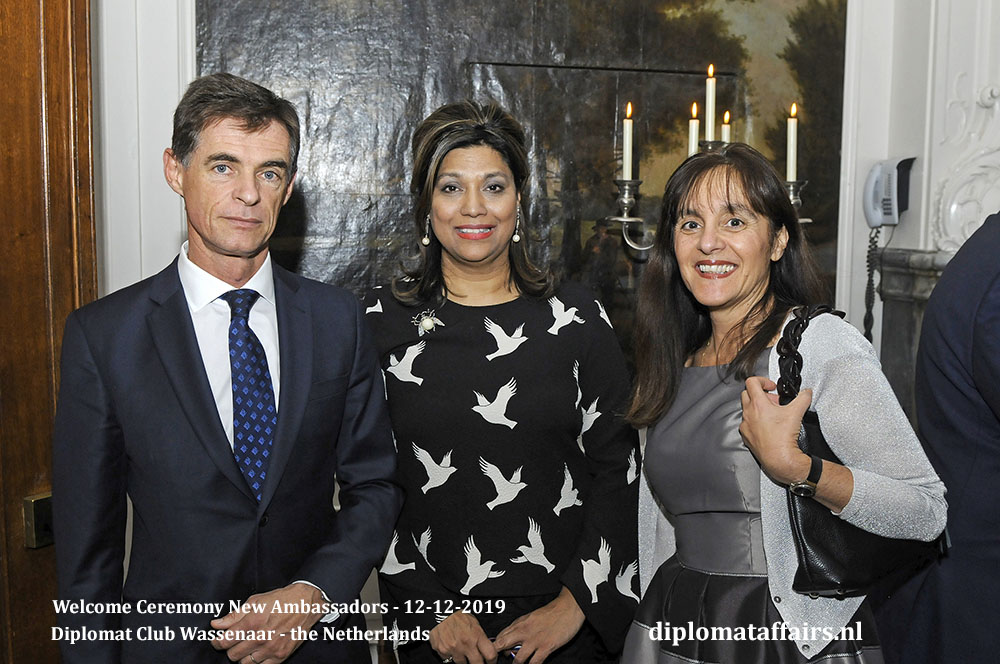 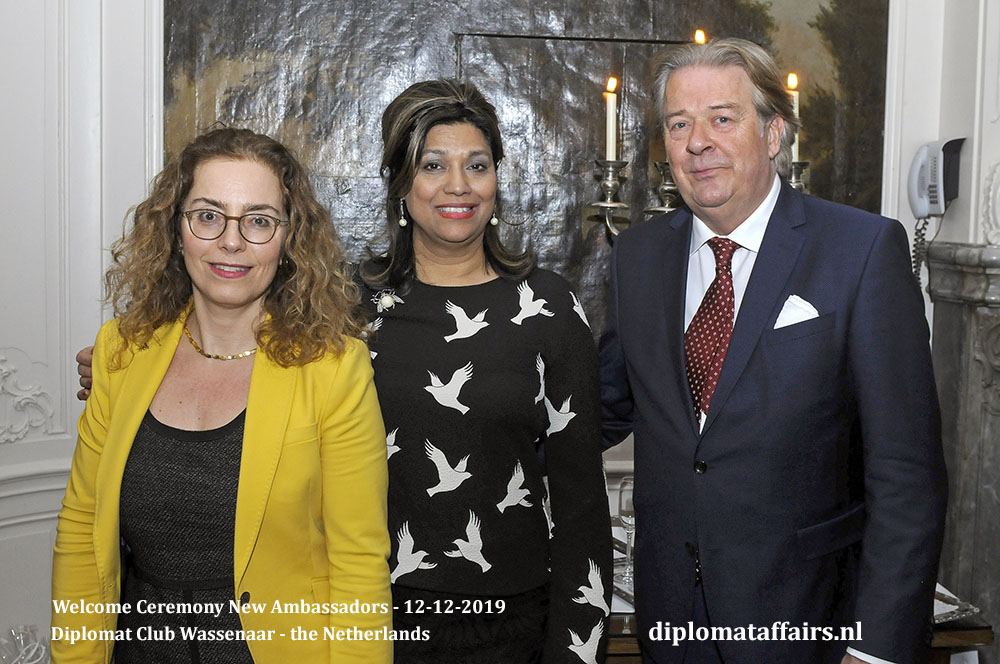 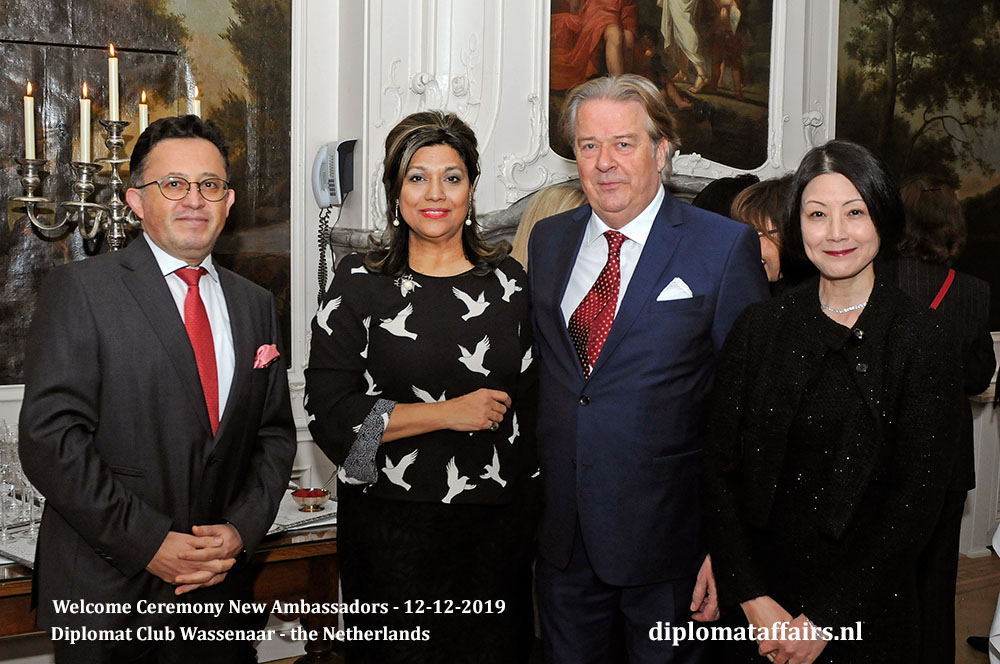 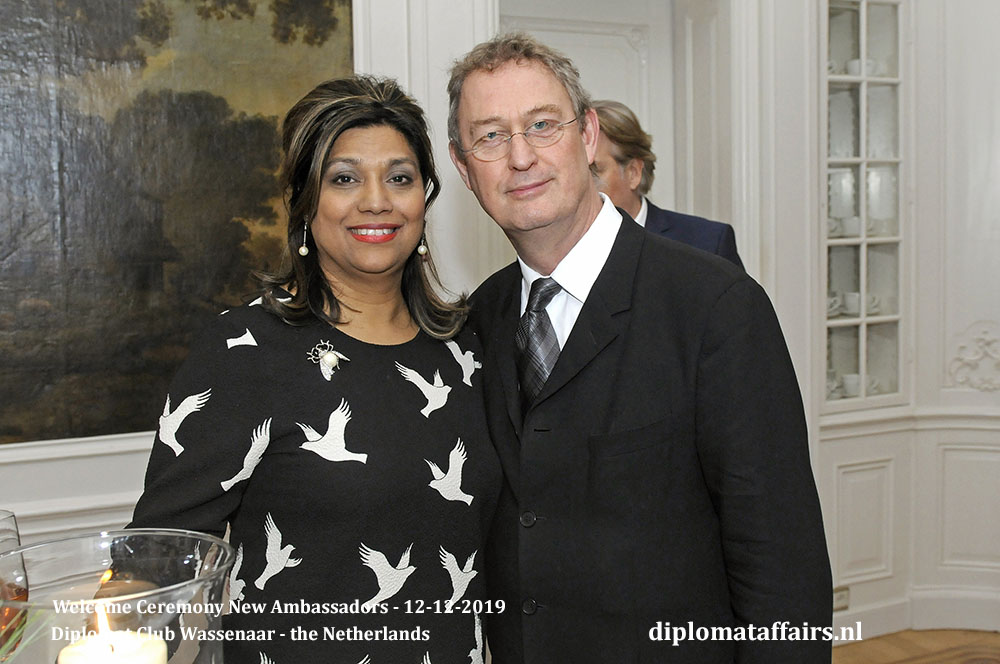 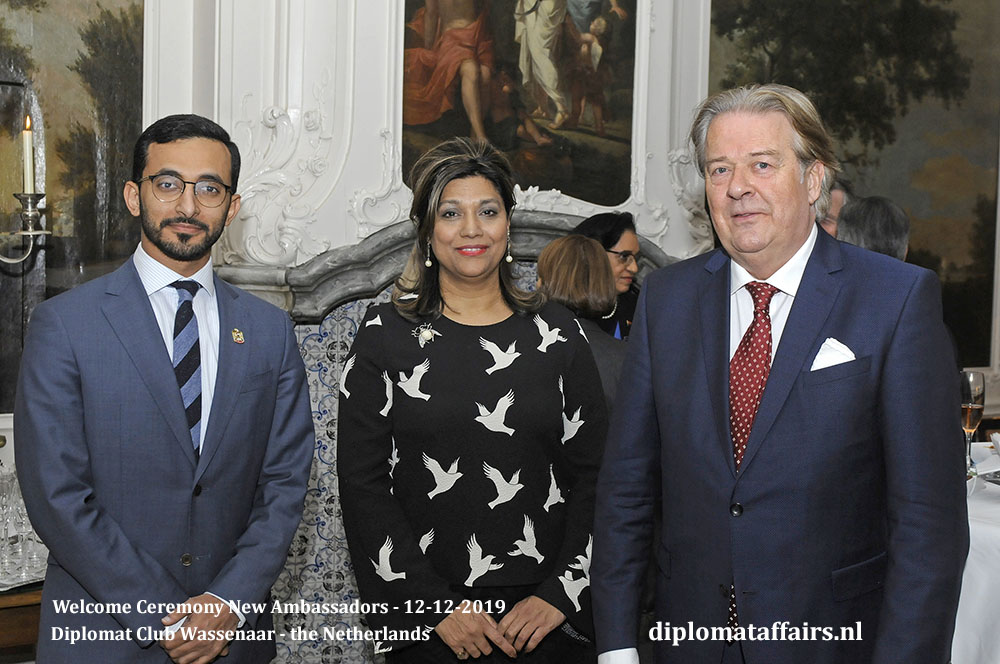 December 12th, 2019 saw the launch of the festive season with Diplomat Club Wassenaar’s 12th Welcome Ceremony for newly arrived Ambassadors having presented their credentials to His Majesty the King, Willem Alexander.

All guests were greeted by DCW Founder and Publisher of Diplomat Affairs Magazine Mrs Shida Bliek, and his Excellency the new Mayor of the municipality of Wassenaar Mr Leendert de Lange, as Mrs Bliek duly decorated the new members with our customary Dutch flag pin.
Mayor Leendert de Lange officially welcomed the following new Ambassadors and their spouses:

Mayor de Lange greeted all members, highlighting the beauties of his municipality and informing us of his link to Wassenaar and its history. As welcome, he also handed our new members a taste of local produce in the form of delicious cheeses from ‘boerderij Nellesteijn’ in Wassenaar. He added: “2020 is a very special year for the Netherlands. We commemorate the end of World War II and celebrate 75 years of freedom. We all share the responsibility of passing on that freedom to future generations”.

Mayor de Lange concluded his speech congratulating Diplomat Club Wassenaar on their 5th anniversary.
The President of the Senate of the Netherlands, Prof Dr Jan Anthonie Bruijn then addressed the assembly stressing his admiration and support for the Diplomats of the world, as he pointed out: “talking is a lot cheaper and better for us than waging war’, linking Diplomacy to the vision of the council, founded in Brussels after the war, that he joined. He congratulated Diplomat Club Wassenaar and in particular Mrs Shida Bliek for supporting and reinforcing this vision through Diplomat Club Wassenaar.

We thank our members for their encouraging support over the years, for making time in their busy schedules for events such as this, and for their collaboration in our articles highlighting their events in our printed magazine Diplomat Affairs and on our website. We also thank our partners for their staunch support: TenRande Foundation, PortClub Rotterdam and CHIO Rotterdam, the Royal Conservatoire The Hague, Diplomat Affairs Magazine and Kasteel De Wittenburg. last but not least, our gratitude to the municipality of Wassenaar, our esteemed partner for the past 5 years. We wish Mayor Leendert de Lange all the best in his new function. 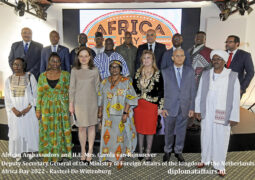 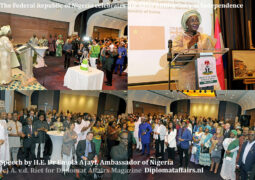