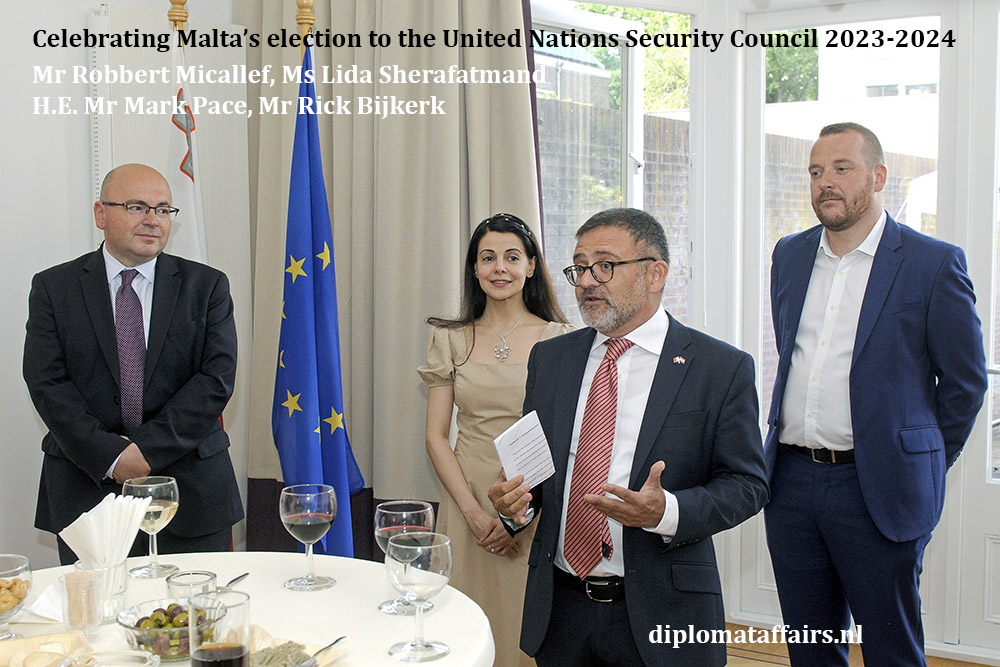 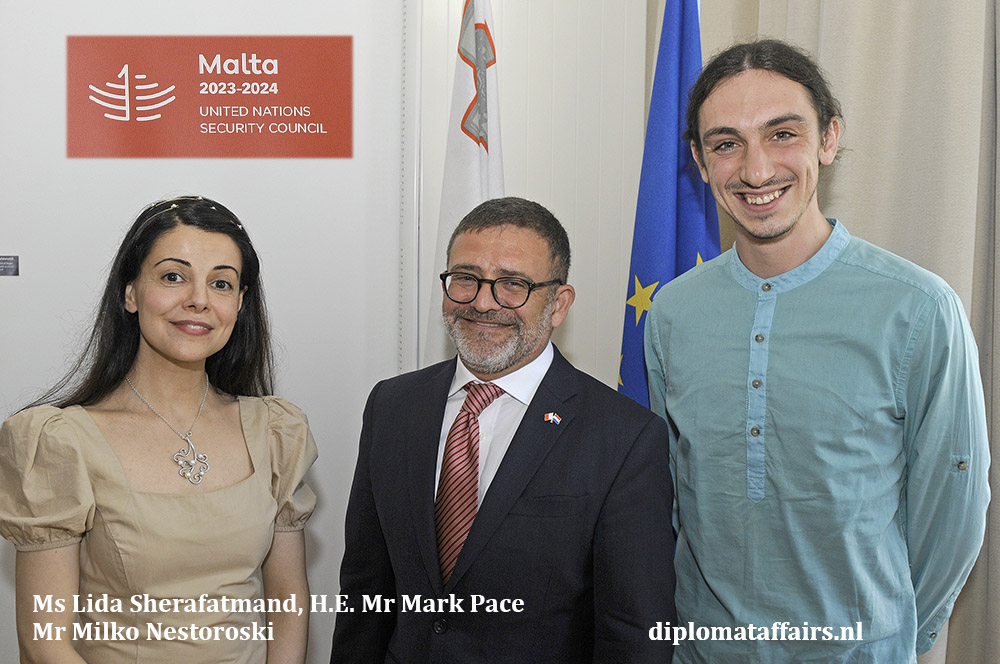 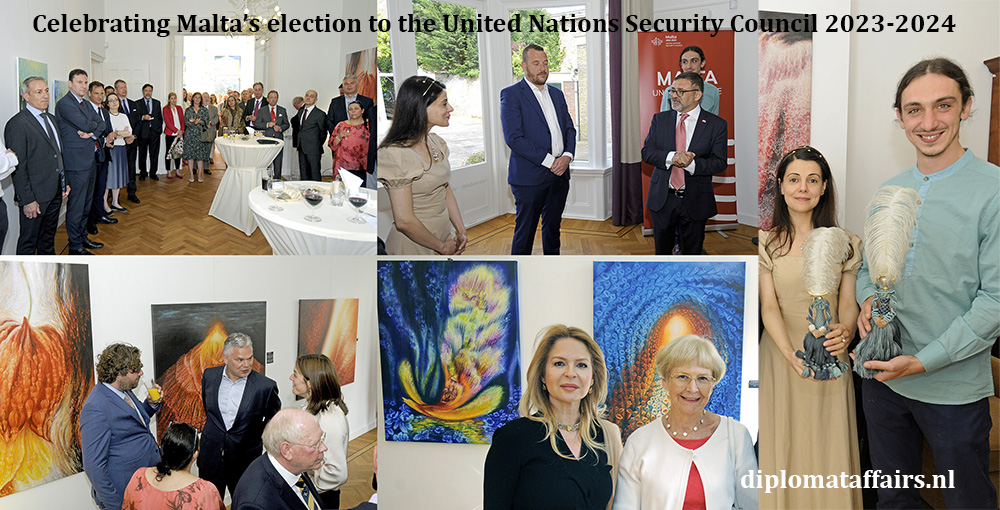 June 20th, 2022, saw the first official event organized by the Embassy of Malta in their beautiful new location in the Hague, celebrating Malta’s election to the United Nations Security Council 2023 – 2024.

What a delightful occasion hosted by H.E. Mr Mark Pace, the Ambassador of Malta. In his speech Ambassador Pace stressed what a milestone Malta’s election to the UNSC was saying: “Thank you for joining us this evening as we mark the occasion of Malta’s election to the UN Security Council for the period 2023-2024.  The last time Malta served on the Council was during the period 83-84 so you will appreciate that this indeed is a landmark moment for Maltese diplomacy.

Much can be said about the Security Council but perhaps, if we had to summarize, we could say that the main purpose of this august body is that of promoting a rules-based order as opposed to cruel reality where might is right.  For a country like mine that does not possesses significant military powers this is an existential matter.

In this sense we are honoured and at the same time conscious of the responsibility that comes along with this election particularly as we witness the outbreak of war on our continent”.

The occasion was celebrated with the opening of an exhibition of paintings by Ms Lida Sherafatmand, a Maltese Iranian painter with a distinct past which greatly shaped her oeuvre.
Her childhood was marked by the bombing of her hometown in Iran, an ordeal she survived by escaping through her imagination to a world where “ flowers danced while the sun sang”.

As a refugee in Malta, she completed post-graduate studies in International Relations in her quest to understand the world and integrates her studies into her art and often accompanies her exhibitions with public talks.

Furthermore, Ms Sherafatmand wrote in 2004 the Humanitarian Art Manifesto, signed by artists in 20 countries. Among whom Arun Ghandhi, the grandson of Mahatma Ghandi, and Johan Galtung, the renowned Norwegian peace scholar. In 2016, she started the florescencism, an artistic concept in which flowers become a symbol of the ‘florescence’ state – the flowering state of individuals and of society. In 2020, this concept was further developed into the Manifesto of Florescencism, co-authored by Ms  Sherafatmand and Mr Milko Nestoroski. This artistic movement aims to confront crisis by going beyond the national into the realm of natural earth and the environment.

As a female artist, she has also been trying to affirm the space of respect for the feminine through her art works, as well as equality of space for female artists.

Cambridge University Press has published three political science books that feature her art on their front cover and cite her art in the context of society. Liechtenstein and China have issued official stamps featuring her paintings in the context of peace.

Mr Milko Nestoroski, presented a collection of dolls named “Muses of Reflection, Ambassadors of the Otherworld”. According to the artist, “the muse dolls express the privilege of aesthetics of water, as we require water for our bodies and water aesthetics for our spirit”. This water theme was a perfect match to the theme of water security, one of the main missions of the UN Security Council to which Malta has just been elected.

This was a most enjoyable way indeed to celebrate Malta’s election to the United Nations Security Council and to start the summer. 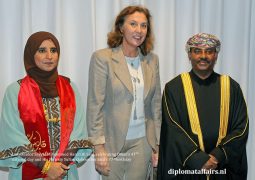 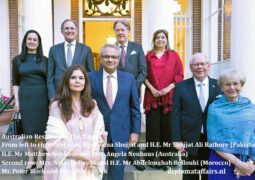 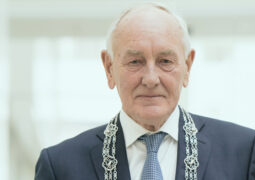