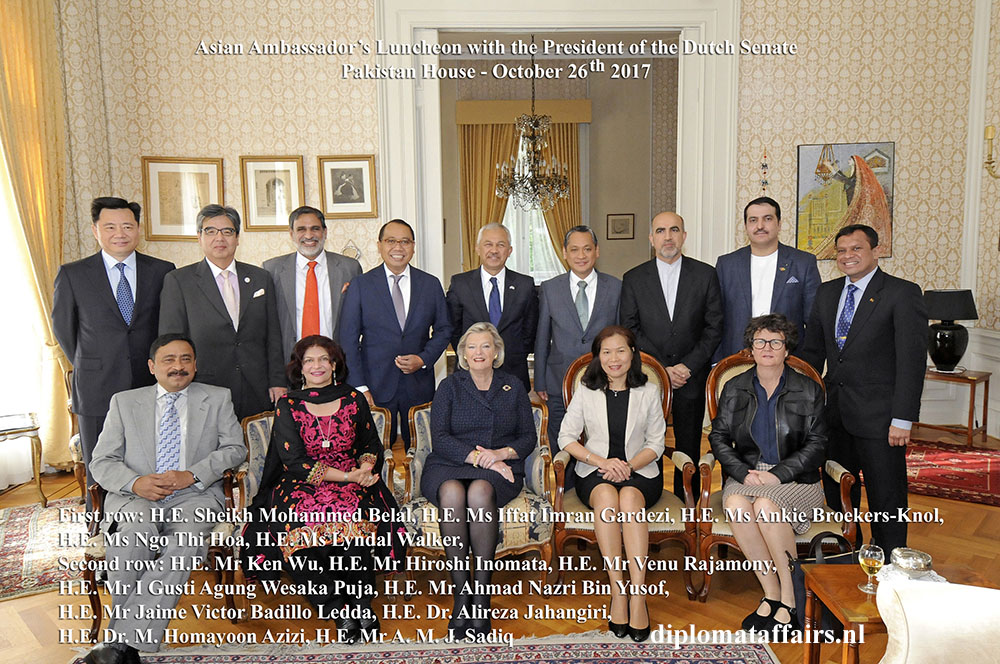 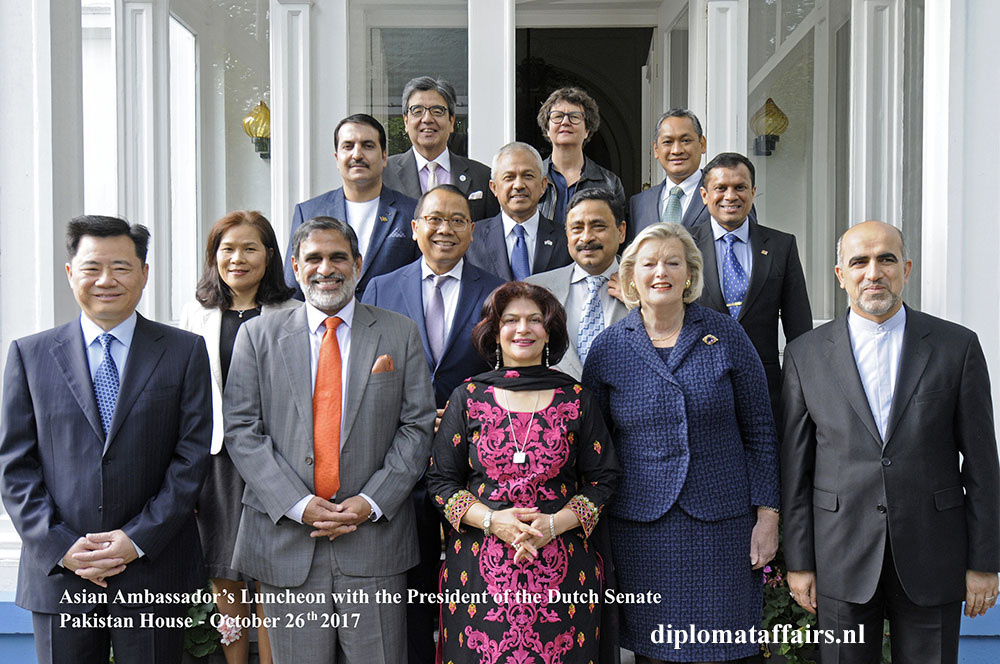 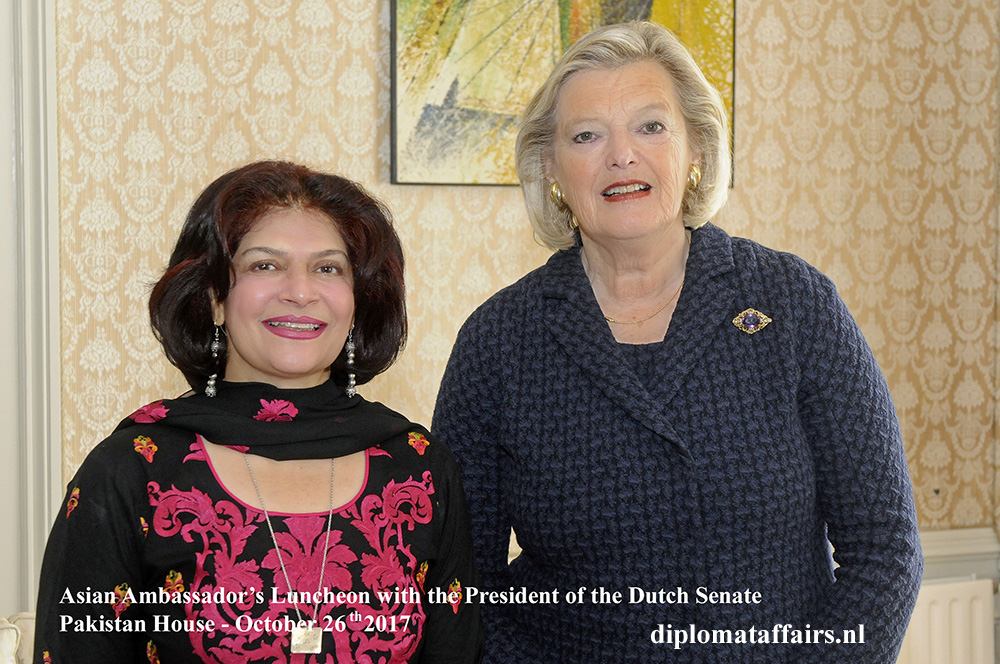 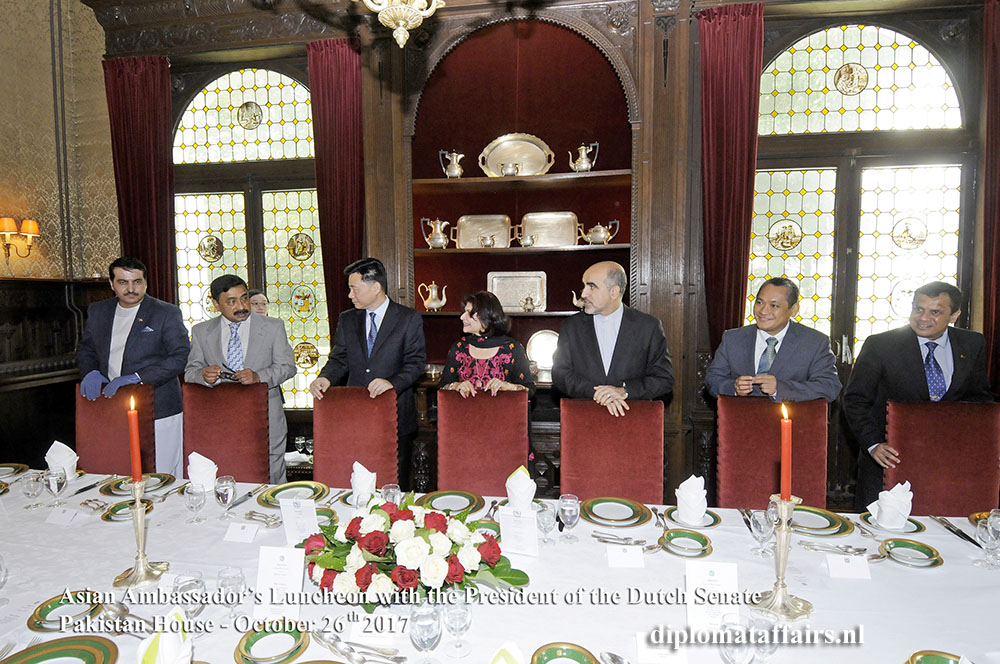 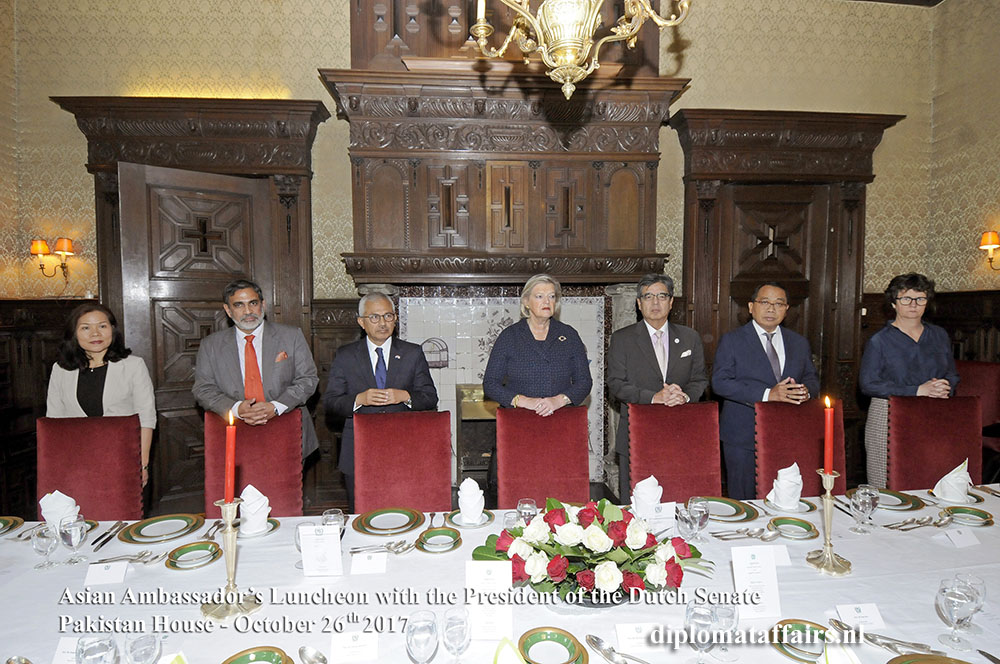 Right from the start, amidst a background of lush carpets and majestic chandeliers, the questions abounded in an open and candid atmosphere of curiosity and interest, with H.E. Ms Ankie Broekers-Knol answering tirelessly with great knowledge and straightforwardness and a warm dash of good humour.
By the end of the informal drinks the tone was set, and once seated in the jewel of a dining room with its intricate wood panelling giving out onto the beautiful gardens, the conversation did not lull for a minute with the professional staff of the residence discreetly serving a delightful meal consisting of a wide variety of delicious, fragrant Pakistani dishes.
Questions covered a large array of topics to do with the new cabinet, the formation process, the functions and workings of the various organs of state, the priorities ahead and the challenges. A lot of ground was covered.

The Ambassadors thanked H.E. Ms Ankie Broekers-Knol for the overview and “ having had the chance to ask everything they wanted to ask” and of course Ambassador H.E. Ms Iffat Imran Gardezi for having organised a relaxed and interactive session with such delicious food. 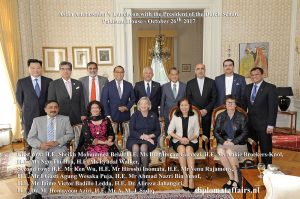 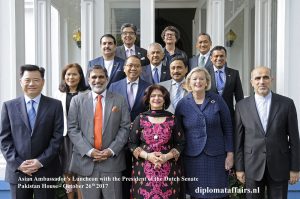 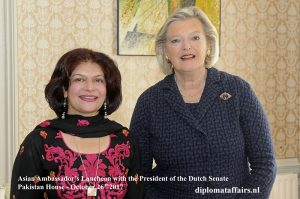 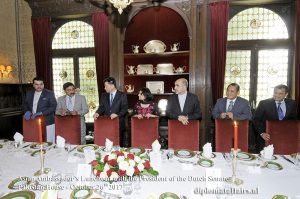 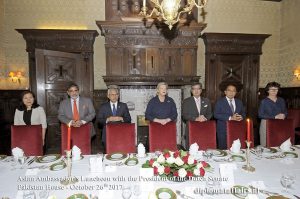 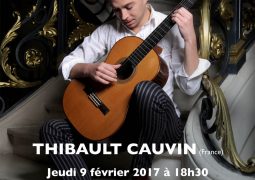